In early May 2019, U.S. President Donald Trump threatened to impose tariffs on Mexican tomatoes, pushed at least in part by Florida tomato farmers who couldn’t compete with Mexican growers. The current North American tomato market is a product of the North American Free Trade Agreement (NAFTA), in which Mexico turned toward large-scale industrialized fruit and vegetable export agriculture and free trade was imagined to level the playing field. Why would tariffs, the antithesis of free trade, be proposed as a solution to a free trade produced problem? First, we have to see what NAFTA intended to do and what it has actually done.

In the late 1980s, when Mexican President Carlos Salinas Gortari (1988-1994) began to approach major economic powers — first in Europe, then in North America — with the idea of forging a trade deal, he and his U.S.-trained economic advisers aimed to alter the basic structure of the relationship between the government and its people. The globalized, free-market model that would come to define NAFTA (which went into effect Jan. 1, 1994) centers on the idea that multinational corporate investment is the driver of prosperity and development. Thus, decades of robust, state-driven economic intervention were framed as antiquated and ineffective for bringing Mexico into the 21st-century global economy and slated for dissolution.

While the effects of this shift rippled into all sectors of life, the food system was an area of particularly radical change. Previously, the Mexican state saw its role as one of bridging producers and consumers, with a network of programs and institutions that supported prices, assisted farmers in obtaining agricultural inputs, distributed farm goods to cities, and ensured that neither rural producers nor urban workers would go hungry. All of this was swept away in anticipation of NAFTA. The U.S. negotiators did not need to say aloud that Mexico would have to eliminate any protectionist policies; because of a currency devaluation prior to the deal and the resulting loans from the International Monetary Fund and World Bank, structural adjustment was well underway prior to the start of negotiations. Further, Mexico, as the weakest member of the deal, knew that it would have to cede the most to get Canada and the United States to sign. Therefore, most of the work of radically altering the state’s contract with its people was done before negotiations began. The elimination by the Mexican Congress of Article 27, the provision of the 1917 constitution that had ensured communal landholding and land distribution after the Mexican Revolution, was the starkest example of how radical Mexico’s advance preparation for NAFTA was.

What followed was both spectacular in its scope and mundane in its ubiquity. Within a decade of NAFTA’s implementation, one in ten Mexicans would come to reside in the United States, most of them without the benefit of a legal way of migrating. NAFTA had ensured the mobility of goods and capital but pointedly excluded mobility of people. Even more invisible and ubiquitous were the subtle ways that the entire social and economic landscape was transformed. Without the supports that had protected small-scale agriculture, many farmers struggled to get their goods to market. Many gave up on farming and looked to other sectors in the economy. Before long, the flood of cheap corn and other products from the United States — which never stopped its billions of dollars in commodity grain subsidies — made it even harder to compete.

Key to all of this was a shift in logic on the part of policymakers from a model of food sovereignty to one of food security. Food sovereignty is the notion that a place should produce all or most of the food needed by its population. In contrast, national food security is the idea that a place can produce no food so long as it has purchasing power to meet its food needs by importing foods from the global marketplace. Soon after NAFTA’s implementation, Mexico would import 42% of its food and almost fully withdraw from supporting small-scale agricultural producers. At the same time, NAFTA favored the consolidation of land and productive capacity into fewer and larger farms dedicated to export agriculture, leading to Mexico producing and exporting a good portion of the tomatoes, avocados, limes, mangoes, cucumbers, and peppers consumed in the rest of North America.

Working People Continue to Pay the Costs of Free Trade

Contrary to the ways politicians sometimes frame it in the United States, Mexico was not “winning” in this trade deal, and we also should not assume that the United States and Canada “won” either. Even though the diet of the average person living in a cold climate improved with much more available and affordable fruits and vegetables, even in winter, for most people, NAFTA has not meant “winning.” My analysis leads me to the conclusion that in all of the signatory countries, working people were and continue to be disadvantaged by the shifts in the economy that NAFTA brought. The greatest beneficiaries are the corporations that have seen their capacity to operate multi-nationally greatly enhanced; they can move production where labor and raw materials costs are lowest while finding new consumers across the continent.

The result? We can see what NAFTA has meant for Mexico by looking at three simple numbers: 45.5%, 176, and 80,000. The first number is the poverty rate. The second number, 176, is the number of liters of soda consumed by each person in Mexico annually as of 2012, and even after a massive public health intervention and soda tax, the consumption rates remain among the world’s highest. The third, 80,000, is the number of diabetes deaths in Mexico annually. While political leaders in the three signatory countries of NAFTA promised increased prosperity and development, Mexico’s poverty rate has remained stubbornly close to half of the population, even as a tenth of the population left the country, and other Latin American countries that did not sign trade deals have seen double-digit drops in poverty over the same period. Transformed food and economic systems have displaced people from land and agriculture-based ways of life, leading to longer working hours, longer commutes, and family separation. The same trends have simultaneously made processed foods and beverages more affordable and accessible, while milpa-based cuisine (corn, beans, chiles) is harder to come by. Even water has become less accessible due to the privatization of aquifers by soda bottlers and a neglected infrastructure makes potable water dear, as even soda is cheaper. Finally, the country has experienced the onset of a diabetes epidemic, with more people diagnosed at a younger age than ever before, claiming more lives than any other cause and more than the annual death toll of the drug war. Together these numbers paint a picture of how Mexico and the health of its people have been transformed by NAFTA.

What are the alternatives? Human-centered development would take into consideration the well being of communities and the sustainability of the environment. Rather than a continual trend toward expansion and mechanization of agriculture, it would sustain small-scale agriculture and distribution systems for connecting producers to consumers. Fruits and vegetables would be framed not as commodities but as health resources as crucial as access to healthcare. Not everyone wants to work the land, but those who do should be able to do so viably, and their contributions to the economy, cultural heritage, environmental sustainability, and health should be celebrated. Corporations should not be given such facilitated access to expansion, markets and natural resources (like aquifers), especially while their products are known to cause and exacerbate non-communicable chronic diseases. They should pay their fair share in taxes and be held accountable for excessive pesticide use, contamination, and health consequences of the consumption of their products.

Most of us know from experience that eating a tomato fresh from the vine and without chemicals tastes better than a tomato that was picked unripe, ripened with chemicals, doused in wax, and shipped 1,000 miles to a supermarket. Making it possible for small-scale tomato growers to flourish is good for us all. Imposing tariffs on one set of industrial producers over another only helps corporations, not small-scale growers or consumers. 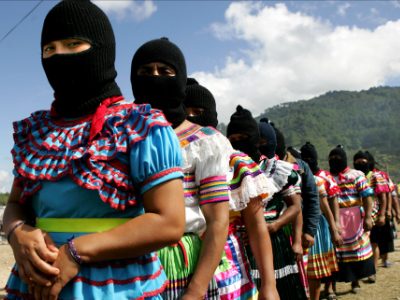