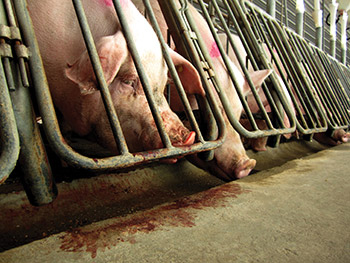 Both the fair trade and organic movements have at times been called niche markets. Growing, at rates as high as 14% for both, but still a small piece of the market overall.

But even this significant growth rate underestimates the even more significant impact of these movements. Where other food-focused movements emphasize what foods to eat (plant-based for example) or even where it should come from (locally by one of several different definitions), fair trade and organic focus on how food was produced and even traded.

The goal of fair trade was never to make sure each bag of coffee sold carried a certification label, but rather to ensure that each of several million small-scale coffee farmers around the world were paid a fair price for their sustainable product, through a politically engaged democratic farmer organization, and by a long-term committed partner.

Modern day slavery exists in products from chocolate from West Africa to seafood from Thailand to apparel globally to tomatoes from Florida. There is growing awareness and outrage about how products are produced. We want chocolate, seafood, clothes, salad, and other everyday items, but we do not want them produced by slaves.

We are increasingly acknowledging that how we produce food is also tied to our climate’s future. In the trend of what to eat, the conventional wisdom is that we need to eat less or no meat to curb global warming. A more complicated picture is now emerging.

Most of our meat comes from CAFOs (Confined Feeding Animal Operations), which are horrendous systems in terms of animal welfare, worker safety and livelihoods, public health, and the environment. Yet some of the most promising demonstrations of carbon sequestration have taken place on ranchland, and there is more land globally devoted to ranchland than crops (in the US 614 million acres vs. 408 acres). Animals allowed to move and roam build soil, which in turn sequesters carbon.

Meanwhile, a recent study found that scientists have been underestimating the climate impact of conventional corn in the Midwest by the equivalent of 1.6 million cars on the road. (Of course much of that corn will go to feed animals in the type of animal agriculture that is the opposite of the ranchland sequestration farming referenced above.) At the same time, indigenous farmers in Mexico are growing corn with fewer chemical inputs and more biodiversity, building soil and sequestering carbon. Again, it’s not corn that is the problem, it is how it is grown.

What and where are also important questions, but to get anywhere near the significant transformation our system needs, we always need to follow the lead of fair trade and organic pioneers and ask how.

1 thought on “The Importance of How”