The past few weeks and months have seen disaster upon disaster strike communities. From earthquakes shaking Mexico City and Chiapas to hurricanes hitting the Southern U.S. and Caribbean, to fires in the western states—and that’s just in North America.

In the midst of widespread destruction and tragedy, communities have been rallying to support each other and rebuild. In weeks when it seems like each day brings a new tragedy, it Is heartening and inspiring to see the solidarity and care as grassroots movements turn their skills to relief work and businesses offer their resources to those most impacted.

While some of these stories have faded from the headlines, rebuilding and recovery will be a long process. And those most impacted are those who were most marginalized before the disaster, especially small-scale farmers and farmworkers.

Fair World Project supports the grassroots community-led efforts to lead the just recovery that communities are calling out for. If you have resources to share, we hope you’ll consider doing the same (or sharing with others who might).

Second only to California in fresh fruit and vegetable production in the U.S., Florida was hit hard by hurricanes this season. An estimated 70-90% of the citrus crop was knocked from trees and damages and flooding leave future years crops in question. Winter crops like tomatoes are also set back, leaving farmworkers without work but with urgent needs.

The Coalition of Immokalee Workers is organizing both urgent relief and for the long recovery ahead. Even before the hurricane hit, farmworker families were living in sub-standard housing and with limited resources. Now devastating damages and delayed growing seasons leave them even further behind. The Coalition is collecting donations for recovery efforts to support these communities where they have deep roots and a long term vision for healthy livelihoods for the folks who grow our food.
http://www.ciw-online.org/blog/2017/09/donate-hurricane-irma-relief-fund/

The Farm Workers Association of Florida has also set up a donation fund to support impacted farmworkers. http://www.floridafarmworkers.org/ And Grassroots Kitchen has been providing fresh, nutritious meals for communities in Florida with the support of many well-known fair trade and organic food companies who have given everything from food to soap to socks.

In early September, the strongest earthquake in almost a century shook southern Mexico with the states of Chiapas and Oaxaca most impacted. With largely rural and indigenous populations, those communities continue to feel the impacts of colonization and extractive industries—the latest earthquakes have only set them back further, destroying homes and farming plots.

La Via Campesina, a global coalition of small-scale peasant farmers, is collecting donations to support the recovery efforts of these rural and indigenous areas.
https://viacampesina.org/en/mexico-earthquake-la-via-campesina-north-america-calls-economic-assistance-solidarity/

Much of the damage in California’s recent wildfires has been to the agricultural areas. Farmers have lost vineyards, ranch lands, and crops just as the fall harvest is ongoing. Farmworkers have lost work and homes. And while the image of Wine Country may be affluent, that’s not the reality for farmworkers who live at the margins of this high cost area.

Aid is arriving, even as fires continue to burn, yet some of the most marginalized are not eligible or are afraid to access the resources because of their immigration status or that of their family members. A coalition of grassroots and community organizations founded UndocuFund to meet this urgent need.
http://undocufund.org/about/

Hurricane Maria caused extensive damage across the island, destroying roads, infrastructure, and nearly 80% of farm crops. While Puerto Rico currently imports nearly 85% of their food, a growing food sovereignty movement has been working to change that.

The Boricua Organization for Ecological Agriculture of Puerto Rico (Boricua) is a small-scale farmer organization that has spent the last three decades organizing farmer-to-farmer trainings, growing agroecology, and healthy food communities local and globally through the Via Campesina movement.

In partnership with WhyHunger, Boricua is collecting funds for seeds, tools, food, and everything else needed to rebuild the food system from the ground up. https://whyhunger.org/connect/item/3267-reconstructing-puerto-rico-farmer-to-farmer-community-to-community 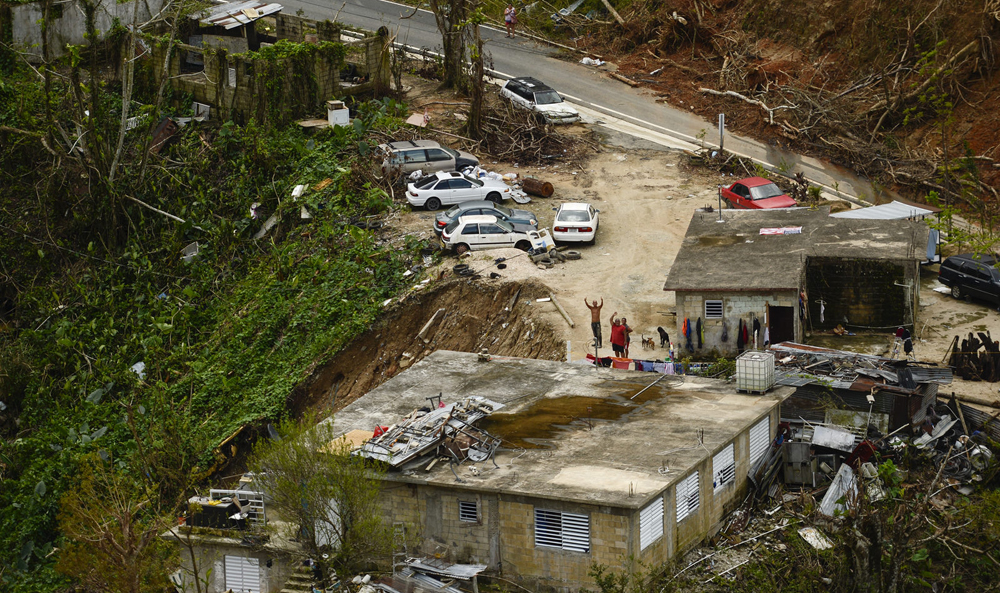 Thank You for supporting communities impacted by recent disasters in whatever way you can. This is by no means an exhaustive list of all the good work and grassroots recovery efforts, comment below if you have resources to add.

Together we can support impacted communities rebuild stronger and more resilient than before.