Wal-Mart workers have been tireless in their efforts to push the company to pay better and they have finally succeeded. Nestle has recognized that consumers want to avoid the unhealthiest ingredients even in their treats. These were causes of celebration last week.

But this week it is time to get back to work. These are powerful examples of internal (Wal-Mart’s own employees) and external (pressure from Nestle’s consumers) can create change, but in neither case is this enough.

Ten dollars an hour is still a poverty wage for many working families, especially when hours and schedules are variable and unpredictable. And these wages don’t even go into effect for another year.

In the case of Nestle, not all “natural” flavors are healthier than artificial ones. Natural vanilla flavoring doesn’t mean flavor from a vanilla bean. See for example this good overview of where natural flavors come from, including the example of natural vanilla flavor made from beaver anal secretions. And now vanilla made from synthetic biology (“synbio”) is hitting the market and may be labeled as natural, even though most consumers do not think of genetically altered algae eating sugar and spitting components of vanilla flavoring as very natural. (See the article on synbio vanilla by Dana Perls of Friends of the Earth in our last publication for more on the threats of synbio vanilla on farmers and the environment.)

The take away? Pressure works and now we need to step it up. 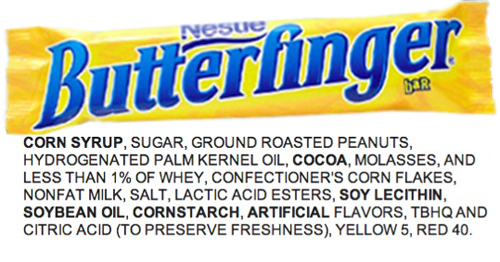