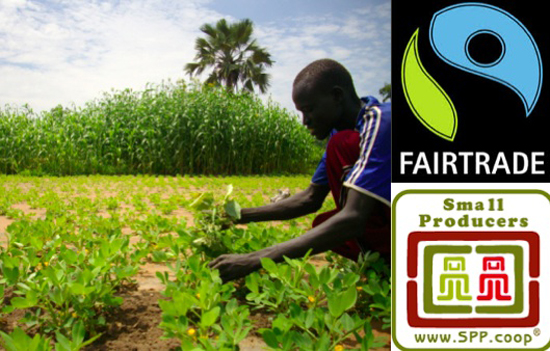 A new article by Patrick Clark and Ian Hussey just published in New Political Economy compares the certification systems of Fairtrade International (FTI) and the Small Producer Symbol (SPP), looking at internal and external oversight, governance structure, and covering the history of fair trade certification through which FTI evolved and SPP emerged. For those wanting a theoretically-grounded, academic overview of these two systems and some key issues in how fair trade certification functions, this is an excellent overview.

A few key points were made that would be of interest to even the average observer.

As explained in the article, “Fair trade certification grew out of the direct relationships between Latin American coffee producing cooperatives and Global North importers who shared the goal of developing an alternative economic model based on cooperatives of small-scale producers and direct trading relationships.” This is a simple yet important reminder, especially as we have now seen the emergence of a direct trade “movement” that largely positions itself as an alternative to fair trade, rather than return to fair trade’s original vision of partnership but without its version of an alternative model. (More on direct trade coming in a separate blog post.)

Over the years, competing fair trade certification systems have emerged, but fair trade competes against less rigorous eco-social programs. (See also Not All Ecosocial Programs Are Fair Trade.) As FTI has grown exponentially in the market, but at the same time struggled to maintain its values in the face of competing schemes, it has evolved to keep up. Changes have been made to satisfy global accreditation programs, certification has been applied to some plantation crops, and producers have been given more internal control. On this last point, the authors note that in the early years, some country’s labeling initiatives had more producer representatives than the central standard-setting body itself. Currently, producers are represented at the general assembly, board, and on the standards committee. However, there is some disagreement about whether this collectively gives producers sufficient voice in setting standards since it is the technical staff in the standards unit that in reality creates and implements most aspects of standards.

In more recent years, a country labeling initiative, Fair Trade USA (FTUSA), and a producer group, the Latin American producer network (CLAC), have both set forth new and opposing visions of fair trade. FTUSA’s includes less producer representation and less focus on small-scale producers and CLAC, through the now independent Small Producer Symbol, is one that refocuses on small-scale organized producers in both governance (4 out of 6 positions on the standards committee are producers) and marketplace (only small-scale producers are eligible for certification). “The SPP is a challenge to both the brand and legitimacy of FTI certification,” the authors explain.

As the authors further explain, “Fair Trade is currently at a crossroads. The split between FTI and FTUSA and the emergence of the SPP demonstrates that there are a number of visions of what Fair Trade is and what it should be.” SPP has shown what is possible and FTI has shown signs it is willing to follow SPP’s lead of more producer control and greater democracy. Although the authors focus on FTI and SPP, it could be added that FTI moving closer to the model established by SPP means moving away from the vision and model of FTUSA and this move will ultimately strengthen and re-ground the entire fair trade movement.