Another aspect of these products that is often overlooked is the packaging it comes in and the workers who make it. But we cannot overlook it any longer. A factory fire at the Tampaco Foil packaging factory in Bangladesh claimed over 30 lives and wounded additional workers on September 10th.

The Tampaco Foil factory made packaging for food and tobacco companies including Nestlé. To date, the victims and their families have not been compensated and Nestlé has made no commitment to ensure this type of catastrophe doesn’t happen again.

Consumer outrage around the world in the wake of several disastrous industrial accidents at the garment factories in the region, including the collapse of Rana Plaza killing over 1,000 workers, pressured apparel brands to examine their supply chains. That pressure led to some improvements in fire safety in garment factories, but those improvements have not yet translated to other sectors.

Take action now and tell Nestlé to compensate victims of the Tampaco Foil factory disaster and take steps to ensure safe working conditions for all workers in its supply chains. 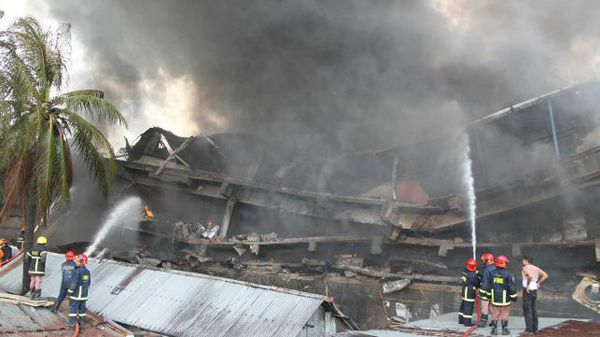