All eyes have been on Ukraine as the Russian invasion has caused immense suffering. Behind the headlines of war and troop movements is a conflict that has huge consequences for our food system. Reuters reported1 that the Russian invasion of Ukraine could fuel a global food shortage. Millions of people around the globe depend on Ukraine’s wheat production, and due to the conflict Ukrainian farmers are not able to tend to their crops. This comes on the heels of increasing food prices due to global supply chain challenges connected to the COVID-19 pandemic. The United Nations is saying that food prices could rise by 20% as a direct result of the Russian invasion. 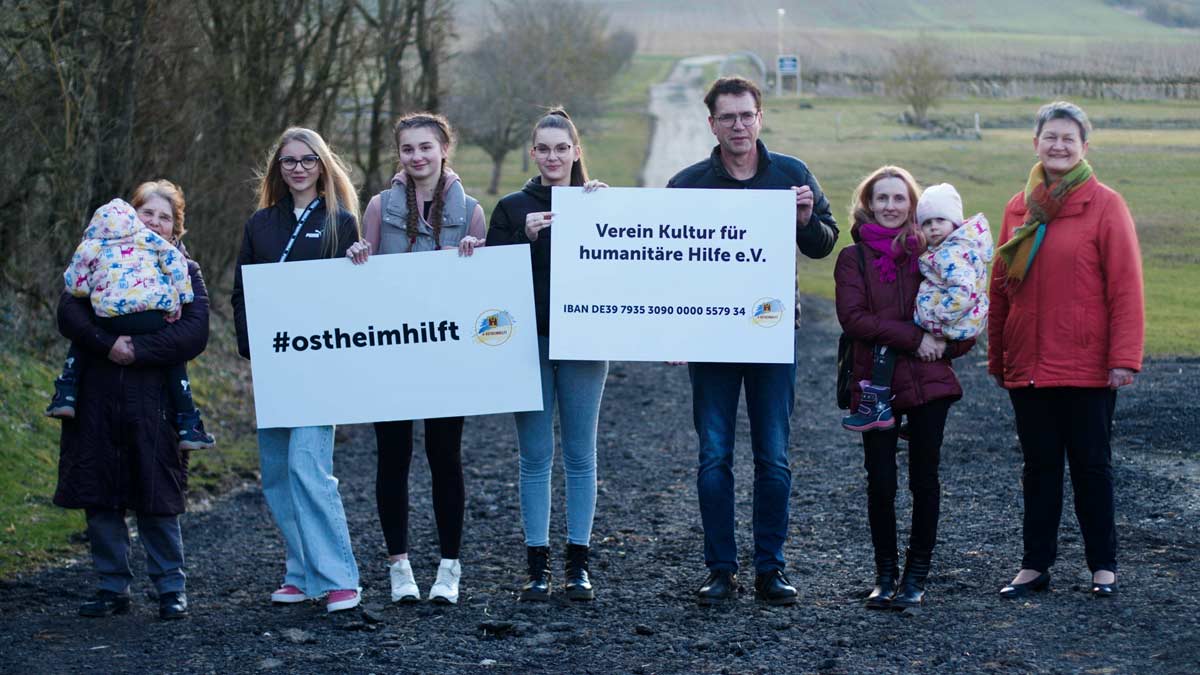 Fair World Project has been in contact with Naturland, the farmer-owned organic certification and association that was started out of Germany in the 1980s. In 2011 the farmers’ association created Naturland Fair which combines organic and fair trade under one logo that is applied to products from both the Global North and the Global South. Currently they have over 65,000 farmers, bee-keepers, fish farmers and fishermen in 58 countries managing some 440,000 hectares. It’s an organization uniquely positioned to highlight the role of global solidarity in our food system – at the macro level and in small acts of everyday resistance.

Naturland’s headquarters in Germany shared with us the story of how one of their farmer members, Martin Ritter, is working to keep people fed. To date they have delivered 18 truckloads of products to the Ukraine border and they are not stopping there. We wanted to share one man’s story with you of how he is helping people through war and tragedy.

When war broke out in Ukraine on 24 February, Martin Ritter knew at once that it was time to act quickly. The German Naturland farmer has close ties to the Eastern European country. In addition to his family farm in Ostheim, Germany, Ritter has been building up a second Naturland farm in western Ukraine since 2015, in the Rivne region, a good 300 kilometres west of Kiev.

Days before the war breaks out, Martin Ritter is in a frenzy at home. He constantly follows the news, in which the US government warns more and more urgently of an expected Russian invasion. Again and again he makes phone calls to his people at the Ukrainian farm, but no one there can imagine that war will really break out. “They almost laughed at me. They were sure that the Russians wouldn’t come,” he says.

When the war does break out, everything happens very quickly. That same evening, employees on the Ukrainian farm pack their wives and children into the car and set off for the Polish border. There, on the other side, in Dorohusk, Poland, Martin Ritter is waiting with three friends to receive the families and bring them safely to Germany. Because of the huge rush, it takes almost three days before nine women with eleven children between the ages of 2 and 16 finally cross the border. The fathers of the families are left behind because men of military age are not allowed to leave the country. The mood on the journey to Germany is correspondingly desperate. “You could see what the people were going through. It was really tough,” Ritter reports.

Escape from Rivne to Ostheim

“When I woke up on 24 February, my husband told me that an attack had started during the night. That was a shock! We never thought that the Russian army would really do that,” says Oxana Mykhailiuk, who works as an interpreter in the administration of the Ukrainian Naturland farm. In the course of the day, she and her husband decided that they had to leave the country with their two three-year-old twins. They went by car to the border, where the queue already started 15 kilometres before the crossing.

In Ostheim, the families – 1,500 kilometres from home – moved into a holiday home provided by the city. After a second evacuation trip by Ritter, 32 people from Rivne, 13 women and 19 children, now live there. Oxana Mykhailiuk has taken on the role of spokesperson for the group because of her knowledge of German. Three weeks after the flight, she sounds composed, almost cheerful when she speaks. “When I speak to you, it sounds like everything is OK, but inside I am not calm,” she says.

Her husband Yuri, together with the other men, is still in Rivne. “They are supporting refugees inside the country, they have organised shelters on the farm. And they support our forces, bringining them food,” Oxana Mykhailiuk describes the situation. At night, the men sometimes also went on patrol. Most of the younger ones in particular had been drafted by the Ukrainian army, she says. Two of the company’s workers, aged 22 and 24, have not shown any sign of life since the first days of the war.

The town of Ostheim helps

Meanwhile, Martin Ritter begins to set up a large-scale relief operation within a few days of returning to Ostheim with the first group of refugees. The Naturland farmer can count on the support of the town and a large regional network. A truck manufacturer provides vehicles for the convoy, food producers deliver pallets of basic foodstuffs, which are packed and loaded at a wholesale company in Ostheim. A local aid organisation collects donations.

More than 30 helpers are working in Ostheim to load nine trucks with a total of more than 450 pallets of relief supplies. From Ostheim, the goods are taken to Wroclaw in Poland, where they are reloaded. Ukrainian trucks then take the relief goods to Rivne, where further distribution is organised through the district administration. “We control the transport at all stages. This is how we ensure that the donations arrive,” Martin Ritter emphasises.

The fact that Ritter is so closely connected to Ukraine at all is ultimately also connected to his hometown of Ostheim – or more precisely: to a local company for whose sodas the Naturland farmer grows elderberry, among other things. “At first, it was really only about organic beet sugar, which was still very scarce in Germany at the time. And from then on, it developed further and further,” he says. In the meantime, Ritter mainly grows soya, sunflowers, oats and maize in Ukraine, as well as special crops such as raspberries and strawberries.

Whether there will be anything to harvest in 2022, however, is more than uncertain. “I don’t know what to expect. We are planning from day to day,” says Ritter. It is mid-March, the trucks with the relief goods are successfully on their way and Ritter finally has time to take care of his farm in Germany. But he does not want to give up hope for the cultivation in Ukraine either. The Ukrainian government has instructed the farms in the country to sow spring wheat, spring barley and oats in order to secure the food situation in the country in the medium term. So Ritter’s Ukrainian employees are now driving out to fields that were recently hit by two missiles. The uncertain future depresses everyone – in Rivne as well as in Ostheim. “We feel good here,” says Oxana Mykhailiuk, immediately adding: “But we want to go home again.”

For more information on Naturland and the Naturland Farmer-led aid campaign for Ukraine click here.