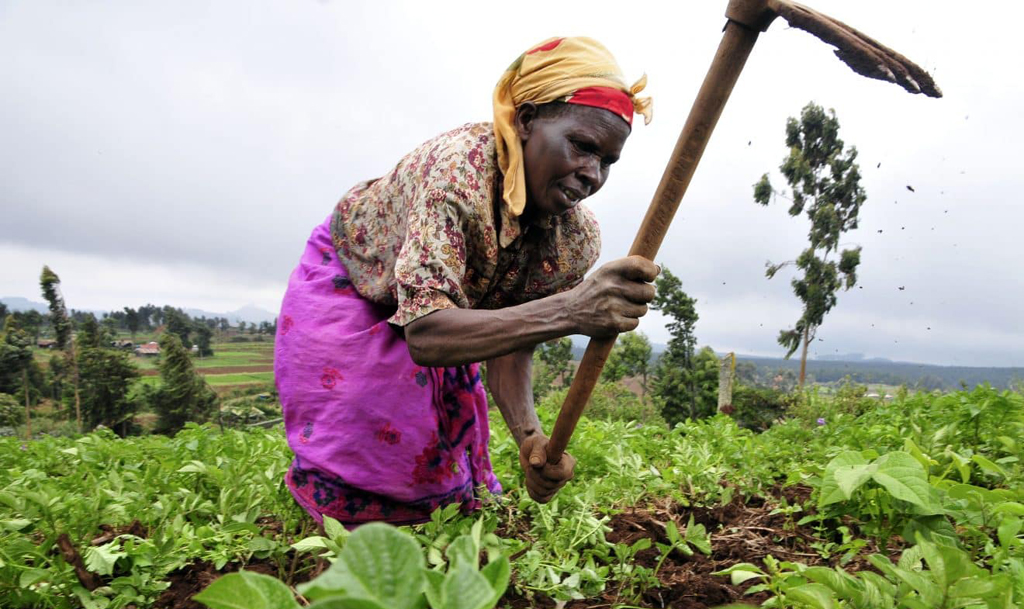 Many people joined in the movement for fair food and farming systems in 2017. Thousands made a phone call, sent an email, shared a story, chose to support fair trade producers with purchases, or all of the above and more. Together, we are making change. and we are bringing this momentum full force into 2018.

We have long advocated for a just economy, one that’s fair for farmers, workers, and eaters, one that helps steward the planet, not just further exploit it.  Last year, even amid tragedies and setbacks, we have heard more and more people join the call. As inequality grows and exploitation continues, the time for change is now.

In it for the Long Haul

Last year saw the corporate-fueled Trans-Pacific Partnership (TPP) go from an almost-certainty to a liability for politicians. That change didn’t happen overnight, but through a broad-based coalition of opposition organizing, analyzing, and advocating for years. Now, as part of the same sort of broad coalition, we are hard at work opposing a NAFTA deal that is shaping up to be more of the same, leaving behind small-scale farmers and workers. We’ve facilitated more than 40,000 letters of opposition to Congress and the President, and with your help, that’s just the beginning.

It’s not enough to just say no to unfair trade agreements like TPP. Our economy depends on trade and we need to fill the void with fair trading agreements. We will continue to advocate for fair trade, not free trade.

Together We Build Strong Systems

The movement for good, fair food is taking off, and last year we contributed our certification analysis experience to several efforts seeking to rewrite the rules and create high-bar standards. We’re proud to be part of a broad coalition of industry leaders like Rodale Institute, Dr. Bronner and Patagonia as well as farmers, animal, and worker advocates developing a Regenerative Organic Certification. The goal: To create a high bar holistic standard that brings together organic farming practices and techniques proven to regenerate the soil with meaningful requirements for long-term stable opportunities for farmers and farmworkers that include fair prices and living wages, and humane treatment of animals.

In the coming year, you will hear much more about this certification. The label will indicate industry leaders who are combating climate change while ensuring fairness for people throughout their supply chains and animal welfare for any animals on supplying farms.

We have also been working with several other groups, including the Center for Good Food Purchasing, to include fair trade and worker justice in their procurement standards that will soon be bringing nutritious, fresh food to millions of school children in Los Angeles and Chicago.

We expect exciting developments in 2018 as we join with others who are pushing for fairer options in our institutions and on grocery store shelves.

This year we continued to stand up to “greenwashers” and those who would try to co-opt fair trade and the movement built by and for small-scale farmers and their communities. We also celebrated our biggest, most successful World Fair Trade Day campaign yet, raising up authentic fair trade brands who are going beyond minimum standards to grow truly fair supply chains that place people before profits.

In 2017, we saw major fair trade players like Sainsbury, the largest fair trade retailer in the world, and Green & Blacks, a pioneer of fair trade labels, start to move away from fair trade in favor of self-professed ethical programs. Notable features of their in-house programs include replacing the democratically administered premium fund with a charity model of financial investment. We continue to support the high-bar labels and brands that seek to balance the power in supply chains, giving farmers and workers a voice and capacity to improve their lives and communities.

Last year we launched Grow Ahead, a crowdfunding platform allowing anyone to give a little in support of farmer-led climate resilience projects. They’ve already funded two successful farmer-to-farmer trainings, facilitating the kind of peer-to-peer learning that is an effective and inexpensive way to share best practices—and is the kind of work that can be hard to get big, institutional lenders to support. In the next year, Grow Ahead plans to leverage your continued support to fund farmer groups’ reforestation projects that are cultivating a healthier planet for us all as well as provide training and capacity building opportunities to female farmers.

As we head into a new year, look for us to facilitate new opportunities to get involved. We will also continue our ongoing support for several initiatives including: