Humans have traded with one another since the beginning of civilization. Trade gives us access to new foods, products and experiences, and creates economic opportunity and markets. Trade touches us all and has created incredible wealth for some; yet many remain impoverished and disenfranchised. To address marginalization and poverty in the global marketplace, “fair trade” has emerged to provide an alternative approach to trading, one based upon direct partnership and respect. Fair trade proves that greater justice in world trade is possible. It highlights the need for change in the rules and practice of conventional trade and shows how a successful business can also put people first. While many people are familiar with the term “free trade,” few understand the negative impact of the institutions and agreements that regulate and promote “free trade.” “Fair Trade” principles have been juxtaposed below with corresponding Free Trade realities to illustrate the key differences in the two approaches to trade. (To prevent confusion with “Fair Trade”, “Conventional Trade” is used instead of the term “Free Trade” below.) 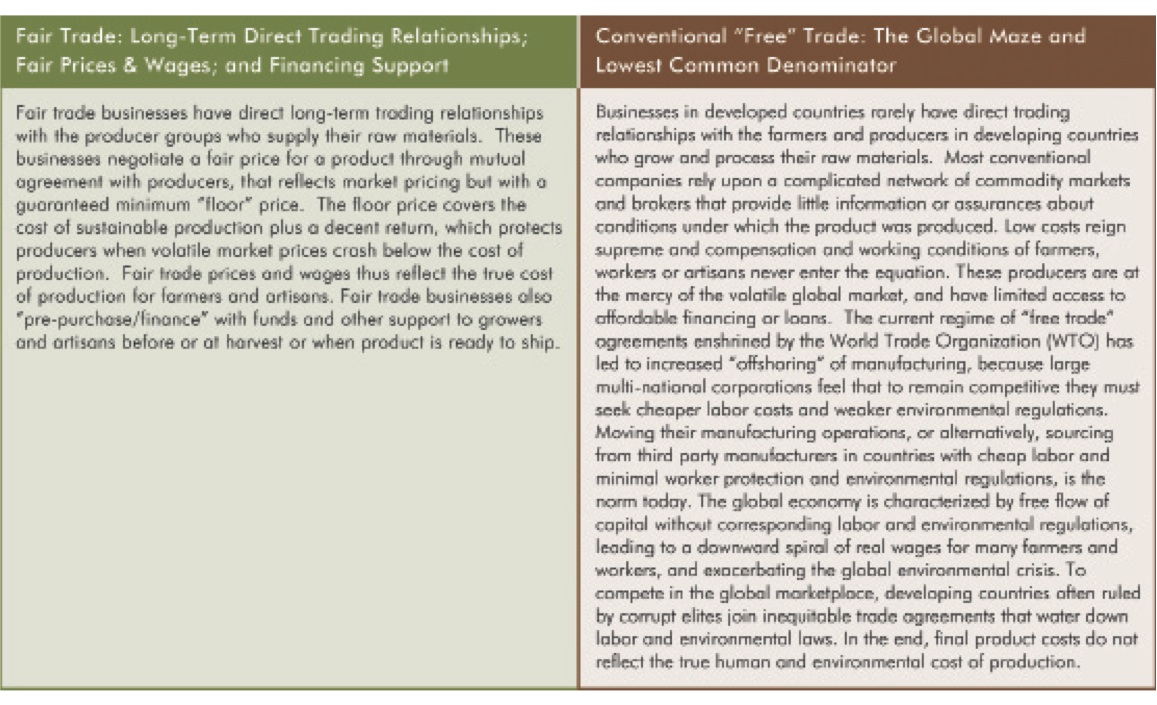