I am an itinerant, small-scale farmer and a returning generation farmer. With my farm partners, I co-manage Black Dirt Farm, an ecological vegetable farm on the eastern shores of Maryland on the ancestral land of Harriet Tubman.  We are also part of Black Dirt Farm Collective, which is a regional organizing body providing strategic gatherings and trainings around Black agrarianism, agroecology, political formation, forestry and more throughout the mid-Atlantic.

I also manage and operate a small-scale building collective called Earthbound Building, focused on appropriate infrastructure for small-scale farms, where we build anything that a farm needs to be self-supporting and attain the economies of scale to grow: hoop houses, greenhouses, housing for farm labor, French drains, swales and gravel pads.

The common thread in all of this is the notion of creating economies of dignified and meaningful work, where community can flourish and people’s minds and bodies can evolve, all while learning and exercising technical skills that allow us to work in harmony with nature.

Our work as the Black Dirt Farm Collective is focused on building a cadre of black and brown folks, women and queer folks – a community interested in building a model of agriculture and a food system in which we can all thrive. At the core of this is the question: how do we unlock the creative potential of the human being? Not just theoretically, but within our social context with its long-standing racial, class and gender dynamics that built this place.

One key way we do that is by hosting annual trainings around agroecology and Afro-ecology. We also do a youth agroecology encounter, where folks can dialogue on everything from the agrarian history of the south, agriculture and capitalism, and community forestry, to using biological tea on your farm, cover cropping, and visiting an aquaponics farm that is owned by a black farmer.

We do these trainings in rural areas, bringing in people from across the region. As the Black Dirt Farm Collective, when we do these trainings, it is always on the land, and based on our experience as rural people and food producers, so that we can show folks that there is a whole world outside of concrete. 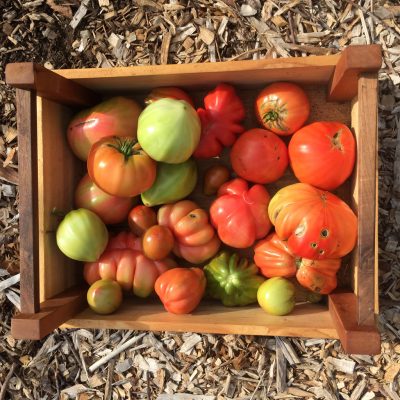 It is important to present these concepts of agroecology and food sovereignty in the long-standing traditions that we are a part of. What we do and how we understand who we are is almost entirely based upon our relationships to our ancestors and our spiritual relationships to the cosmos and the earth. The work that we are doing is grounded in that of our foremothers, and then, more broadly, in that of the ancestors we know from the history books and all the ones we think we might know who are not in the history books.

While food sovereignty may be a newer term in today’s lexicon, if you look back at the thinking of indigenous authors, they are taking the same approach, looking broadly and holistically at what is needed to feed people across different realms: the physical, getting high quality foods to people; navigating the class dynamics surrounding access to that food; and the social, political, spiritual and emotional ways that we feed each other – and that is power.

There are so many bigger questions of race and imperialism that are inherent in food and agriculture. For a long time, it seemed that folks were not prepared to have that conversation, but more recently, they are. This year has shown us that if we are not prepared to support our ideas and to have a strong grounding in them, then the Right, and those who are confused by their rhetoric, will do everything in their power to undermine it and continue to expand colonialism and exploitation.

Further, there is no food sovereignty without land; land really is the basis of power, and it does not get simpler than that. Land is the primary mechanism for many of us poor folks and people of color to actually have something to stand on and have a future to farm. And it is not just a matter of having access to land that we can lease for five years at a time, but a place where we can actually build our identity.

Once you get land, the question becomes: what are you going to do with it? Answering that question embodies a lot of our work. We work with folks who have land and are farming to become more stable in order to develop their businesses and processes. We also work with folks who want to transition their land to help them understand the skills they need to generate income from the land, and to teach them how to think beyond just growing food to sell at the farmers’ market, because there are so many other ways to do it.

I would suggest that food sovereignty and agroecology are concrete ways for a just transition to take place. Food sovereignty unlocks the social, political and economic potential for us to move in that direction. Capitalism is fundamentally designed to exploit us; it is only maintained through slavery all over the planet, and through the enslavement of the planet itself. Under the banners of food sovereignty and agroecology, we can have intersectional conversations and actions that bring together folks coming from the climate justice movement, those thinking about housing, economic and gender rights, and those from the agrarian sector. Together, in that political vein, we can have really critical dialogue, exchange ideas and work on projects.

For us, action is the name of the game. It is not enough to simply “vote with your fork,” as Michael Pollan put it over a decade ago, as that is a false ideology that does not address the power built into the current food system. It does not equate to impact if you are still just giving more money to the companies that can adapt and market better products.

I would encourage folks, who have the means, to support businesses in your communities that are run by people of color with social missions and methodologies.

As told to Fair World Project’s Anna Canning. This story has been lightly edited and condensed for clarity.